Emotional Baggage: Why It’s Time to Stop Carrying This With You

Typically, in most workplaces, there are many people who carry this emotional baggage. If you are, it’s time to stop.

If you are still carrying this emotional baggage, you would stop if you know what it does to your health and well-being.

Like to know what is the damage to your health when you carry this emotional baggage with you? Read on and prepare for a shock!

What are learned and hardwired emotions?

Psychologist Paul Ekman believes that humans have both “learned” and “hardwired” emotions (Wikipedia).

Learned emotions, or emotions that are learned, may have a perceived value in your environment but they do not have a survival value. Examples of learned emotions are resentment, holding a grudge, or a dislike for a certain person.

If truth be told, there is no benefit for you to hold onto any grudge or resentment towards a person who has wronged you. Like the colleague who rolled her eyes at you; the friend who made an uncalled-for remark in front of others; and worse, the one who laughed at you for your misfortune.

These experiences are painful and heartbreaking. Most of the time, they cause feelings of resentment and hostility. If you want to stop carrying this emotional baggage, you must learn to forgive.

If you are in this situation, understand that letting go of grudges and resentment does not condone the behavior of those who have hurt you. Being able to forgive is a personal health skill that puts you on a life path that can help you drop that emotional baggage you’ve been dragging along.

So where does resentment or grudges come from? Let’s look into their definitions and how a person ends up carrying emotional baggage.

Before going into definitions, here’s a question: how do you know whether you are carrying emotional baggage?

Signs that you are carrying emotional baggage

Here’s a video on signs that show you may be emotionally wounded:

If you have these 7 signs, read on.

Why you hang on to your emotional baggage

When you resent someone, you are holding a grudge against that person. The grudge can be an unresolved or unhealed hurt from something that another person said or did where you felt you were wronged. Whether this “wrong” done to you is real or imagined, the pain you feel is undeniable.

It is not commonly known to many people that resentment activates the reward system in your brain – the nucleus accumbens and caudate nucleus (Billingsley & Losin).

This is the same reward system that gets activated when people use hard drugs and “get high”. Similarly, many people hold on to their hurt feelings so that they can “get high” from the anticipated reward of knowing their offenders get punished. In other words, most people’s perception is that by holding onto the hurt in their consciousness, they will get some kind of reward eventually.

Why you should stop carrying your emotional baggage

If you carry grudges and resentment, you are prone to many undesirable outcomes like increased alcohol consumption and smoking, obesity, diabetes, heart disease, and more (Toussaint et. al.; Toussaint, Shields, Green, et al.).

You need a fully functioning brain for your work each day. But if you harbor hostility towards other people, you will experience impaired cognitive function for many years (Toussaint et al.).

Now, when you hear a person say “I’m so angry I can’t think straight!”, you will know it’s those angry feelings that are clouding your brain function, making it difficult for your to think, learn and remember.

Grudges and resentment can also add to your brain’s cognitive load which will lower your intelligence and thinking skills.

So, when others tell you that holding onto grudges and resentment can hurt you, they are telling you the truth.

What happens when you start to forgive

By now, you know that resentment is toxic and you need to get rid of it. To do that you need forgiveness.

When you forgive, you reduce angry thoughts and vengeful feelings and become more positive towards the person who offended you (Toussaint, Shields and Slavich; Quintana-Orts and Rey).

When you forgive one person for that one thing they did that one time, this experience is called “state forgiveness” because at that moment, you can let it go and you are more likely to do kinder things

What you want to develop is “trait forgiveness” which is a permanent skill to forgive all circumstances. Again, this level of forgiveness does not negate the gravity of the hurt created. It acknowledges the pain and supports you in taking control of the hurt and choosing forgiveness for yourself (Lawler-Row, et al.)

Why would you want to do this? Are your physical, emotional, and cognitive health good enough reasons for you to do this?

People with trait forgiveness have better physical health. They live longer, sleep better, have healthier hearts, and are less likely to turn to drugs or alcohol for relief. They have better emotional health and less stress. They are also happier and have higher levels of well-being (Ricciardi et al.).

Remember how resentment impairs your cognitive functions. Well, the good news here is that self-forgiveness can mitigate those cognitive impairments that might linger 10 years later (Toussaint, Shields, Green, et al.).

So, what exactly is happening in the brain when you choose to forgive?

When you say, “I can’t forgive” what you are saying is “I chose not to forgive. I want to hold on to this. I am willing to risk my physical, cognitive and emotional health for a non-existent reward at a later date.”

How to forgive and move on

Here are steps you can take towards forgiveness:

Acknowledge the pain: This is not easy to do but to get rid of grudges and resentment, you must first acknowledge the pain that you are feeling. Feeling ridiculed or disrespected by a colleague never feels good. It is natural that you get upset and hurt by these experiences.

Know that resentment is powerless: You may think you are powerful when you withhold forgiveness but you are letting someone have control over you. Many people use this false sense of power to mask their own hurt. Don’t do that. Holding a grudge against someone who offended you will not offer you the healing you are looking for.

Empathize with your offender: Understand that the person who offended you is also a human being, with character, personality, and social skills. Many of your friends are driven by social needs and competition that often results in them doing things outside of their best selves to look good in front of their peers.

Try stepping into their shoes and understand why they did what they did that hurt you. Find similarities between you and your offender. These empathic, perspective-taking strategies can help you forgive others (Ricciardi et al.)

Make a choice: It is your choice whether you want to dwell in the past or choose not to be a victim and allow yourself to feel differently. Forget about seeking justice or revenge and move on with your life. Choose forgiveness, regain your power, and live a better, healthier life.

Decide what you want to do with the relationship: It is now up to you to decide whether to continue the relationship with the person who offended you. If yes, work to renew the relationship and move forward. If not, remove this person from your life and move on. Healing takes time, so be kind to yourself as you go through the process.

What you should do now

If you are carrying emotional baggage, it’s time to stop. Holding grudges is highly destructive and can be nearly fatal.

Be kind to yourself when YOU are the offender. There will be times when you lose your temper, say something foolish or insensitive, or hurt another person unintentionally. Acknowledge your mistake, forgive yourself and try to do better the next day.

If your mental health and your work performance are important to you, it’s time to stop carrying grudges and resentment. Learn to forgive and forget, and move on to a healthy and happy life. 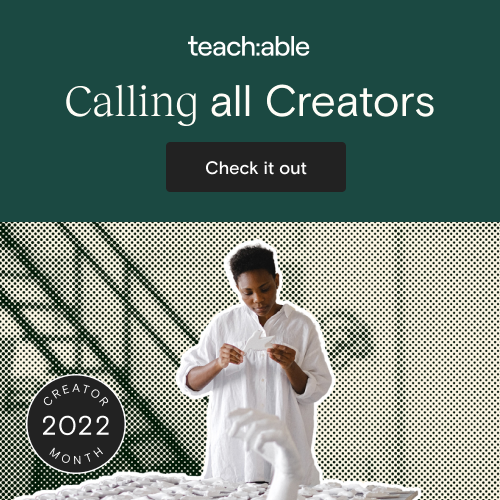